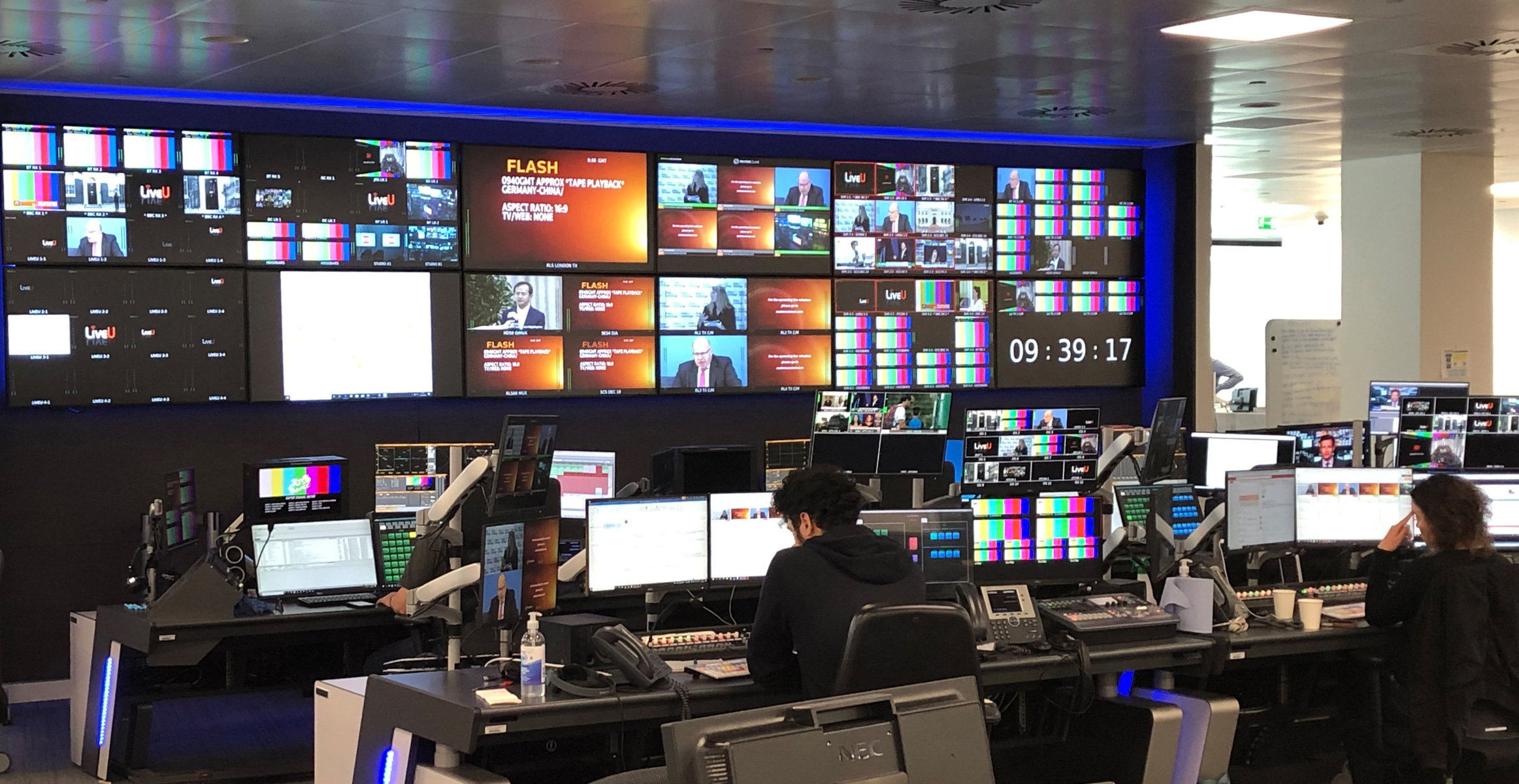 London, UK, February 2nd, 2021 – ATG Danmon (www.atgdanmon.co.uk) announces the completion of new broadcast television production facilities for one of the largest and longest established global news agencies. The project included the design and integration of two new studios plus associated galleries and a master control room.

"This assignment coincided with a relocation to new premises in London's Canary Wharf financial hub," says ATG Danmon Managing Director Russell Peirson-Hagger. "The new studios form the UK core of a global service the agency offers to television and radio broadcasters in addition to its role as an international news provider. We partnered closely with the studio management team from the initial design phase through to system completion, testing and staff training. Cable prefabrication was performed at our Letchworth headquarters prior to the onsite build. New equipment installed included power-efficient LED lighting, Ross routing and RTS talkback. We also integrated cameras from the agency's former location."

"We have installed a 12G SDI routing core which is configured for HD but can also handle UHD if required at any time in the future," adds ATG Danmon Head of Systems Integration Jonathan Hughes. "At its core are a latest-generation Ross Ultrix router and Ross Carbonite Ultra vision mixer which we recommended to replace ageing third-party equipment. Representatives from the agency came with us to Ross Video's UK facility in Reading and were greatly impressed by the demonstration. Carbonite is an HDR-capable 3 M/E UHD mixer with a versatile control panel and a very compact processor. We have also upgraded the graphics and character generation to a Ross XPression which supports perspective-based image manipulation and real-time animation. This includes a MOS software gateway with an offline render engine."

Audio infrastructure includes Dante audio-over-IP networking which ATG Danmon recommended and integrated. This is bridged to the Ultrix router which performs the embedding and distribution switching. ATG Danmon upgraded the intercom system to an RTS Odin which can handle up to 128 ports in a single 1 U chassis with support for up to eight such units.

Being very news focused, the agency has many incoming audio contribution feeds so ATG Danmon integrated a SIP-based server from Broadcast Bionics with Dante emerging from the other side. This is currently configured for eight lines which are used for IFB talkback and contribution to live on-air shows.

For the Studio A gallery, ATG Danmon integrated a main production desk with an embedded Ross Carbonite Ultra. Behind this is a journalist desk with Avid iNews terminals and Autocue teleprompt control. Both desks face a wall-mounted array of NEC UHD video monitors in multiscreen configuration. A desk with an integrated Allen & Heath audio mixer was also populated and connected into the system. This faces a NEC multi-screen monitor.

Studio B is the smaller of the two studios. For its production gallery, ATG Danmon integrated a desk equipped for graphics, vision mixing, newsroom-computer and Panasonic robotic camera control. An audio mixer is located on the right. The monitor wall display has essentially the same configuration as that in the Studio A production gallery.

The project was completed on schedule and within budget.