Full renovation of the TVG production system by Datos Media 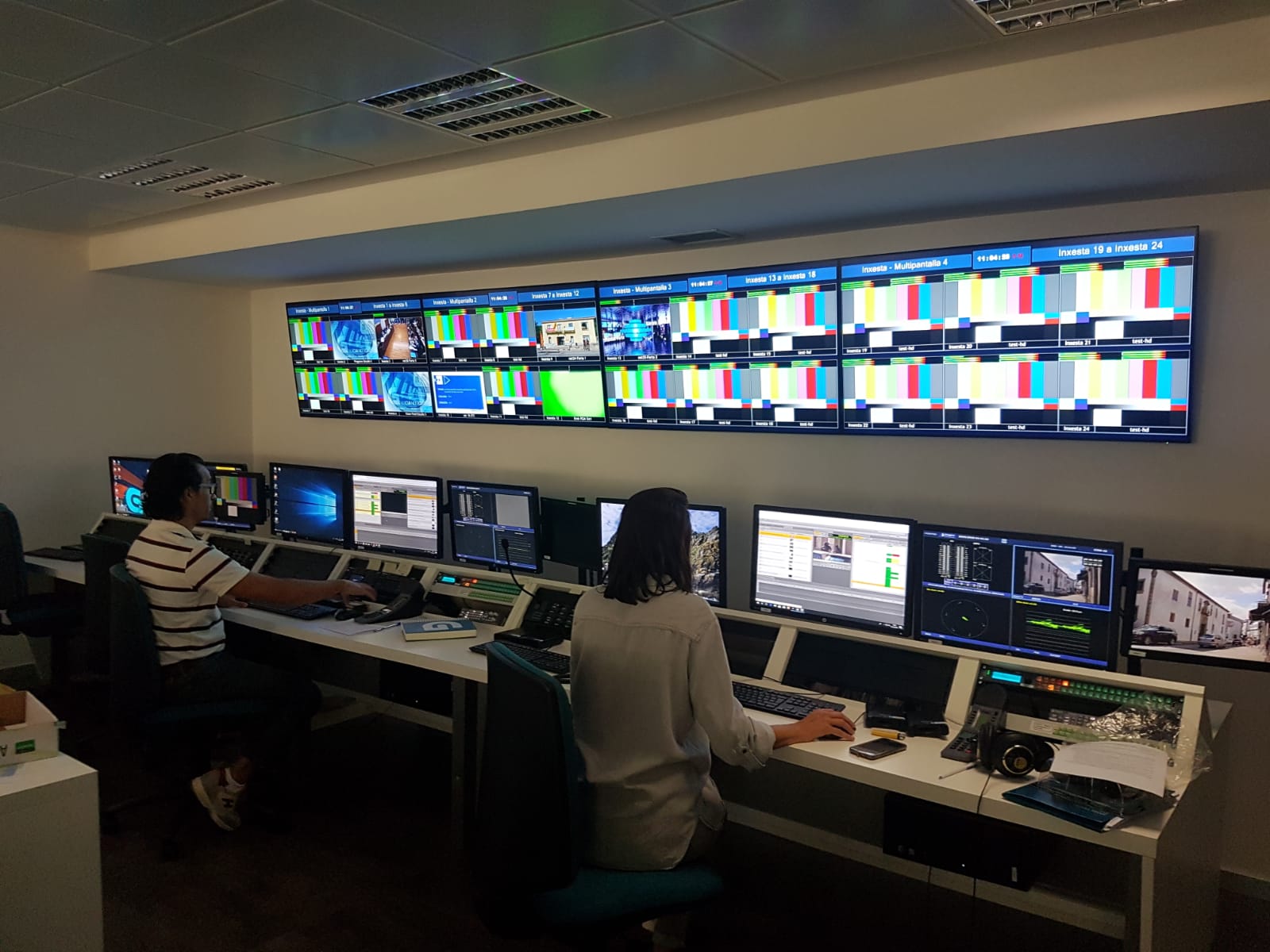 Madrid, Spain, July 15th , 2021 – On the Galician regional television TVG, a full renovation project of its production system was carried out. This renewal includes everything from ingest, edition to playout. This project relied on Avid's expertise, security, and power as well as Root6 and Glookast automations. To carry out the SDI signal intakes, it was equipped with a Glookast system that offered the possibility of recording up to more than thirty SDI video signals. All controlled by Avid Interplay Capture.

That ingested material is transferred to shared storage that is comprised of Avid Nexis E4 engines with Avid Nexis SDA. Along with the Avid MediaCentral UX platform, a centralized collaborative production system with almost twenty Avid MediaComposer and Avid Protools seats, in addition to more than two hundred Avid Mediacentral UX customers, plays a great role in this shared storage system. A great solution that will not only allow your production on-site but also offers the possibilities of being able to carry out a remote production.

The playout of this production is carried out with Avid Airspeed 5500 video servers. The entire Avid platform is virtualized, including an Avid INEWS NRCS system, thus providing a plus in security and energy efficiency.

Datos Media Technologies is a company dedicated to providing technology, consulting, integration, training and support to build and improve workflow for the broadcast industry. It was founded in 2013 by David Martínez and Tomas Nielsen, both professionals with a long professional career, and the Danmon group that has more than 35 years of experience and a consolidated position in different international broadcast markets.

RTVG is a public autonomic television based in San Marcos, on the outskirts of Santiago de Compostela (Galicia-Spain). It reaches the entire geography of Galicia, in addition to covering a strip of territory of several kilometers around the border with Portugal, Zamora, León and Asturias in its digital broadcasts (DTT). They broadcast a program entirely in Galician, with the exception of certain advertisements that are kept in Spanish as well as the informative ones intended for broadcast on the Galicia TV América channel.